Women of Dumfries and Galloway Lunch The 18th Annual Women of Dumfries and Galloway Lunch will take place at Easterbrook Hall on Friday 13th March 2020. The day starts at 11:30 am with a drinks reception. After a two-course luncheon, with wine included, you will hear from our two guest speakers. Voted world’s most influential wine critic in various polls in the US, France and internationally in 2018, Jancis views herself as a wine writer rather than a wine critic. She writes daily for JancisRobinson.com (voted first-ever Wine Website of the Year in the Louis Roederer International Wine Writers Awards 2010), weekly for the Financial Times, and bi-monthly for a column that is syndicated around the world. Her most recent book is also her shortest, a practical guide to the essentials of wine, The 24-Hour Wine Expert. She is editor of The Oxford Companion to Wine (four editions so far), co-author with Hugh Johnson of  The World Atlas of Wine (eight editions published in many languages) and co-author of Wine Grapes – A complete guide to 1,368 vine varieties, including their origins and flavours, each of these books recognised as a standard reference worldwide.

She travels all over the world to conduct wine events, often for the global literacy initiative Room to Read, and act as a wine judge. In 1984 she was the first person outside the wine trade to pass the rigorous Master of Wine exams and in 2003 she was awarded an OBE by Her Majesty the Queen, on whose cellar she now advises. In one week in April 2016 she was presented with France’s Officier du Mérite Agricole, the German VDP’s highest honour and, in the US, her fourth James Beard Award.

She loves and lives for wine in all its glorious diversity, generally favouring balance and subtlety over sheer mass. 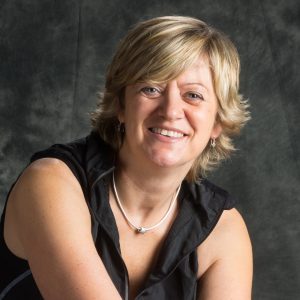 Cor Hutton had an irritating cough in 2013. When it worsened, she went to hospital, collapsing in the waiting room. It turned out to be pneumonia, which rapidly turned into sepsis, and she was given a 5% chance of survival. She lived, however doctors were forced to amputate both her hands and her feet. Within four months of losing her limbs, single mum Cor defied doctors with her progress when she walked a mile through Glasgow city centre on prosthetic legs in a bid to raise awareness of the charity she had set up to help other amputees, namely Finding Your Feet. Through both emotional and physical support, Finding Your Feet has changed and even saved the lives of many amputees and their families. It has raised over £1,000,000 for the cause so far.

Since then, Cor has carried the Commonwealth Games baton, received the Freedom of Renfrewshire, been given the Points of Light award by Prime Minister David Cameron and is regularly included in Inspirational Women of the Year awards. She was the first female quadruple amputee to summit Ben Nevis and Mount Kilimanjaro, and completed the London Triathlon.  In early 2019, Cor became the first Scot to receive a double hand transplant. Cor devotes her life to running her charity in addition to campaigning to raise awareness of the need for organ, tissue and limb donors, to spot the signs of killer sepsis and prevention methods to reduce the need for amputation. She is improving perceptions and conditions for disabilities too, changing the boundaries and removing the stigma of being ‘different’. Her infectious wit, humour and ability to laugh in the face of her own adversity is both refreshing and humbling. She has spoken at events across the UK, covered by news outlets worldwide and appeared on national TV including The One Show and Good Morning Britain. Cor has a monthly column in The Sunday Post. Her greatest achievement to date is raising her son, Rory.