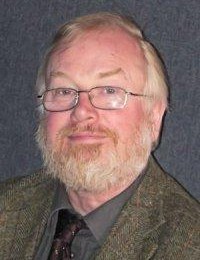 
The Crichton Foundation was delighted to welcome Professor Ted Cowan adoonhamer and Emeritus Professor of Scottish History and Literature at the University of Glasgow and formerly Director of Glasgow’s Crichton Campus.

On the afternoon of Tuesday 10th March 2015, the Crichton Foundation welcomed Professor Ted Cowan. FRSE to speak on The Dumfries and Galloway Enlightenment. A regular and most popular contributor to the Conversations over many years, Ted is one of Scotland’s most distinguished academics specialising in Scottish History and Literature.

His lecture explored and assessed Enlightenment influence upon the inhabitants of Dumfries and Galloway. He said “There is substantial and ever-increasing literature about the subject for Scotland as a whole, though until recently there was almost nothing about south west Scotland. That has now changed with the appearance of several studies which are of great assistance in our doonhamer quest. The Scottish Enlightenment remains a controversial topic. At its core was an inquiry and debate about human nature and everything which impacts upon humankind from the cradle to the grave including environment, weather, food, clothing, social organisation, government, education, religion, language and science. Another mission was the pursuit of useful knowledge in such fields as the sciences, medicine, geography natural history… and the list goes on. So the question is “What was the impact, if any, of the Enlightenment upon Dumfries and Galloway?”

This Conversation was sponsored by: