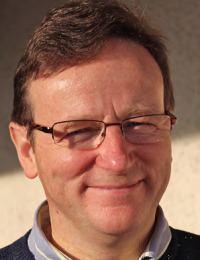 
The title of Mr Strang’s talk is “What good is prison?”

David Strang was appointed to the post of HM Chief Inspector of Prisons for Scotland in June 2013. He is responsible for the inspection of the 16 prisons in Scotland, to examine the treatment of prisoners and the conditions in prisons.  He is required to report his findings to Scottish Ministers and to lay a report to the Scottish Parliament.

David began his career with the Metropolitan Police in 1980 and rose to be Divisional Commander of Wembley Division.  He returned to Scotland to Dumfries & Galloway as Chief Constable from 2001 to 2007.  During that time he was a regular participant in the Crichton Conversations both as lecturer and as chairman.  He then became Chief Constable of Lothian and Borders Police, a post he held for six years till 2013.

He has had a long involvement in the reform of criminal justice in Scotland and is currently the chair of the Scottish Association for the Study of Offending.

Born and brought up in Glasgow he attended Glasgow Academy and Loretto School before studying at Durham University where he obtained a BSc in Engineering Science. In 1989 he obtained an MSc in Organisational Behaviour from Birkbeck College.