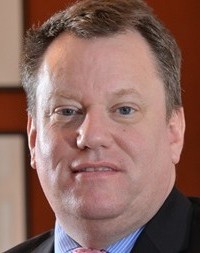 
The title of Mr Frost’s talk is “Does Scotch Whisky need the EU?”

The opening lecture of the 2015/16 series of Crichton Conversations will be given by  Mr David Frost, Chief Executive of the Scotch Whisky Association (SWA). The intriguing title will allow us to look broadly at European issues at a moment when the EU is increasingly in the headlines as the referendum approaches.

Prior to joining the SWA in January 2014, David worked in Government at the Department of Business, Innovation and Skills as Director for Europe, Trade and International Affairs where he was responsible for external trade policy, EU issues and the UK’s export controls regime.

His permanent career was with the Foreign and Commonwealth Office where he was a specialist in European issues, trade and global affairs and multilateral diplomacy. His most recent overseas posting was as HM Ambassador to Denmark but he also served at the British Embassy in Paris, the Permanent Representation to the EU in Brussels and the UK mission to the UN in New York. In London he worked extensively in European Affairs, including as a Director for the EU during the UK’s last EU presidency. He was awarded the CMG in 2006.

David studied at Nottingham High School and St John’s College Oxford where he took a First in Modern History and Modern Languages.